After some final touches, my custom theme is now usable.

I’ve named it Pure, and that’s mainly because I wanted very minimal styling, and to have it be a pure version of a theme. For the benefit of it acting as a “starter” theme for people that want to maybe want to start tweaking a theme but don’t want to start from scratch. But also for people (like me) that sometimes just want a clean and simple blog.

Not that it matters to anyone else, but I specficially structured the HTML so that even without CSS, the site will look correct, and be totally readable.

It’s a single column layout, and it’s very bare-bones, which is by design. However, I’ve tried to style it in a way where it still looks relatively modern, while keeping a minimal feel. 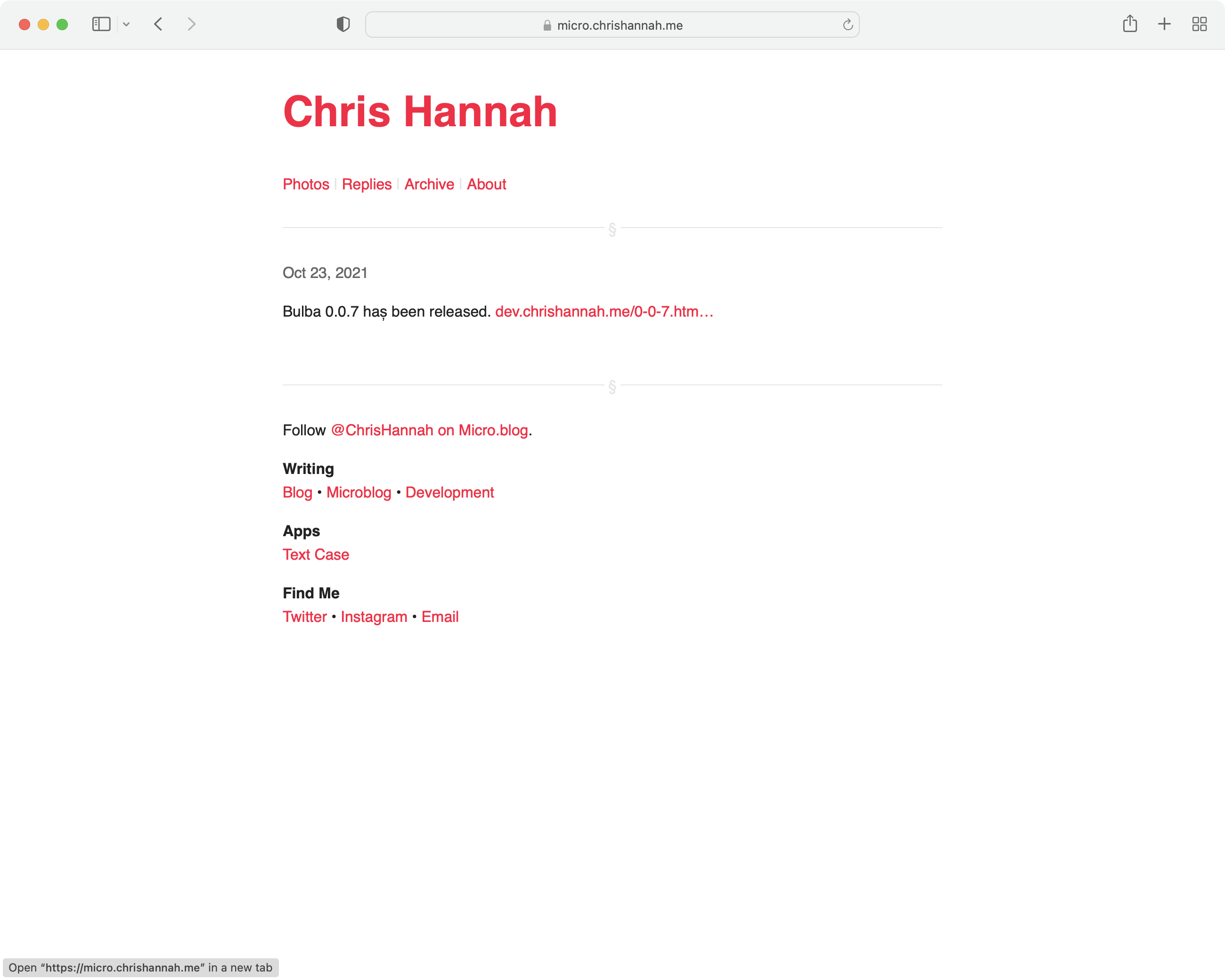 For a full preview you can check out my microblog, and if you want to see the code or to use it yourself, then you can find the theme on GitHub.